This post is about something I feel very strongly about.  Breastfeeding.  I will begin by saying (proudly) that I tandem nurse my 15 month old and my 3 year old.  The journey for every mom is different but I am writing today mainly for those moms who are on the fence because of the pressures and views of our society.

Many people are familiar with the recommendation to exclusively breastfeed for the first six months of life for optimal growth.  What many people don’t realize is that there are many benefits to nursing a child beyond 6 months.  The American Academy of Pediatrics (AAP) recommends breastfeeding for at least a year. The World Health Organization (WHO) and the United Nations Children’s Fund (UNICEF) recommends nursing for a minimum of two years.

Even after 12 months, babies continue to benefit from human milk. At one year of age, a baby’s immune system is functioning at only 60 percent of adult level.  A child’s immune system isn’t functioning at adult level until age six.  Your milk continues to provide immunities and vitamins, and can help protect your toddler from illness and allergies. If your toddler gets sick, nursing will help comfort him/her and sometimes an upset stomach may be able to tolerate nothing but human milk.

There are tons of studies out there that touch on breastfeeding and cognitive achievement.  Research has also found that meeting a child’s dependency needs is key to helping that child achieve independence.

Personally, I think many moms are fearful to breastfeed past a certain age because of how our society views it.  Perhaps the one time that stands out most to me is when my son was 2 years old we were riding in the car, he was tired and started whining and asking for “boob.”  We were riding with someone that’s very close to me and their reply was, “Come on, we’ll get you home and give you some good old cows milk.”  I immediately lashed out and said, “because cow’s milk is so much better than his mom’s milk?”  I have withstood the awkward glances, the “when are you going to wean him” and every question in between.  At first, I must admit, it bothered me and that made me think about so many other moms out there who probably feel the same way.  I have thought long and hard about why I nurse personally (it’s different for everyone and it’s not for everyone).  Eventually it got to the point where it simply doesn’t bother me what other people think.  They are my children, it is my body and my decision.  We shouldn’t have to feel judged for doing something amazing for our children but unfortunately sometimes we are.

In closing I found the following information interesting.  Especially the fact that the natural weaning age for humans is between 2 and 7 years.

The American Academy of Family Physicians recommends that breastfeeding continue throughout the first year of life and that “As recommended by the WHO, breastfeeding should ideally continue beyond infancy, but this is not the cultural norm in the United States and requires ongoing support and encouragement. It has been estimated that a natural weaning age for humans is between two and seven years. Family physicians should be knowledgeable regarding the ongoing benefits to the child of extended breastfeeding, including continued immune protection, better social adjustment, and having a sustainable food source in times of emergency. The longer women breastfeed, the greater the decrease in their risk of breast cancer.” They also note that “If the child is younger than two years of age, the child is at increased risk of illness if weaned.” (AAFP 2008)

So all you Mamas out there. Do what’s right for you, believe in it and know that if someone is judging you for breastfeeding your toddler they are probably just not educated about it.  You have a couple choices…politely educate them or when they ask “So how long are you going to nurse?” Respond with, “Well, probably a few more minutes.”   Happy nursing my friends!

Another article you may enjoy is something written in USA today.  Here is the link.

Get the Kindle Edition! 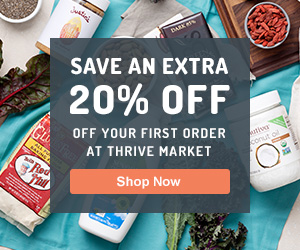